Mary Archibald was a formidable CEO and Director of Nursing of the tiny Burwood and District Community Hospital. She was born of a nursing tradition that was, at that time, undergoing great change.   When  I met her many of the formalities of addressing people holding senior roles had already fallen, but most staff  still called her Miss Archibald and sprung to attention in her presence.  Nonetheless, she had foregone the Director of Nursing uniform and instead wore wonderfully bright dresses which she told me she got from the ‘oppo’ (the first time I ever heard an op-shop called that) and wore bright lipstick to match – a woman of my own heart! 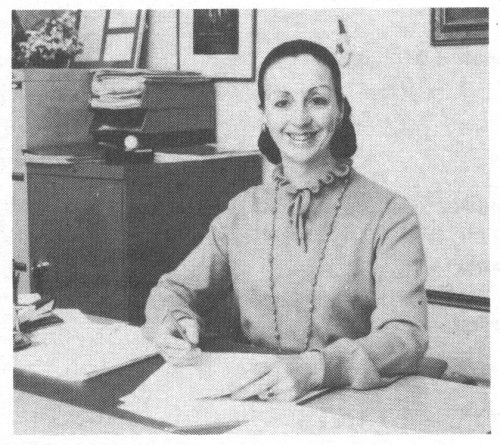 Whereas she held on to some old ways, Mary Archibald was a pragmatic and insightful CEO. Most impressively she was a trailblazer in nursing, renal care and instigating and implementing an arts program into the hospital for renal patients receiving long-term dialysis treatment.

When I met Mary she described her vision for the new dialysis unit at the hospital, named Rose Cottage, and for the care of the patients.   She described the passivity of these patients who came three days per week for all day peritoneal dialysis – they sat in their chair for around 11 hours per day doing nothing except watching TV, or sleeping.   She wanted to activate them, to provide purpose and meaning in their lives, and she had the ambition that they could ‘give back to the hospital’ through creating art works which would enhance their environment.

This discussion gave me a valuable insight into how in the healthcare system the passivity of patients/clients is almost inherent in the relationship between caregiver and care receiver.   Yet passivity is not helpful if people are to lead meaningful lives, in which they feel that can contribute to their community or family.

At first this was a challenging job for me as the patients were old, extremely frail, with low energy and very little interest in arts practice. One was blind.  But they were bored! So the arts program was one way of alleviating their long days and long weeks of treatment. Over the months I was able to develop relationships with the patients and they became more and more interested in participating.   The program was open and funded enough for us to include craft projects too, which was more appealing to some. I ran the program on a Friday afternoon which become a welcome end to their treatment week.

Later, after most of these elderly patients had died, the hospital changed its emphasis from treating patients through peritoneal dialysis to haemodialysis and with that change, the patients were generally younger, fitter and more interested in participating in the art sessions, as well as in the world around them.   One small problem with haemodialysis is that the treatment is received via a needle inserted into the arm and involves lots of tubing; the arm has to remain more or less immobile, so the art had to accommodate this significant limitation.  Creativity is all in these situations!

In those early days of Art in Health settings, I was often quite involved in patient care, helping them after they had been sick, through the grief they felt when a fellow patient and friend died or when they felt wretched in their illness, I sat at the deathbed of one.   I learned a lot about renal failure, diabetes, renal care, peritoneal then haemodialysis, and the long-term effects of excessive self-medication of over-the-counter medications but mostly I learned a lot about care, innovation in healthcare and the benefits that the art brought into the hospital and to the patients and staff.

Over the years we did lots of painting, clay work, craft, and drawing  – I very fondly remember one Maori woman who absolutely LOVED the clay and who missed her homeland immensely, especially the mountain that overlooks Auckland.   Much of her artwork reflected her loves and losses. We developed a close relationship and we became a huge advocate for the art program.

Although this is not all that long ago, at that time, running an arts practice in hospitals in Australia was unusual. This little hospital in Burwood can claim, and its CEO, Mary Archibald,can claim, its place as being innovators in the Arts and Health movement here. At the time I was happy to be the art therapist, because it validated the work in this setting, although now, I prefer being an artist and advocating for the many broad and profoundly positive effects of creativity on health and wellbeing.

Sadly Burwood Hospital was closed in 1996 and demolished as part of the Kennett government reforms, although this hospital was the most cost-effective in Victoria and an innovative health provider. As I write this and notice the word community in the title of the hospital, I am reminded  of just how at odds these concepts of community and care were with the philosophy of the government at that time.  When the renal patients moved to the Peter James Centre, for treatment there was no artist and there were no programs to contribute to their overall wellbeing. 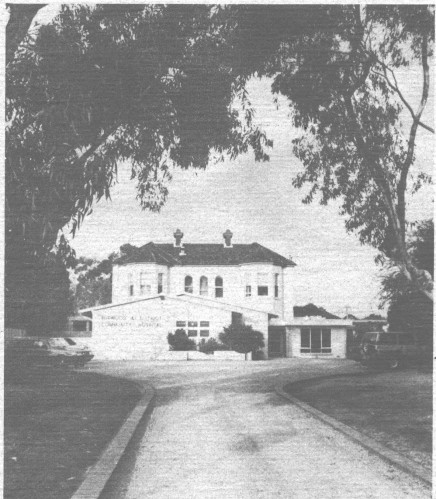 Not very long ago I met up with Mary Archibald at local art group’s exhibition.   She was a maker of a most beautiful sculpture included in the exhibition. After many years I was so pleased to see her and tell her how the opportunity she gave me at Burwood Hospital set me on a path that led to my current work and PhD. In the history of Arts in Health settings in Australia Mary Archibald deserves recognition and applause.

from the Burwood and District Community Hospital Annual Report 1993.