On April 25, 2015, a massive earthquake of 7.8 magnitude struck Nepal causing widespread destruction. Harisiddhi is one of the most affected area during this earthquake in Nepal. More than 450 houses are collapsed, around 25 casualties, more than 200 people injured and thousands been unfortunate and living under the open sky without roof on top of their head.  From ourharisiddhi.com

Harisiddhi is one of the ancient towns of the Kathmandu valley.   When we visited there earlier in 2015 we found a place that, in part, time seems to had forgotten.   Many of its buildings were in the traditional Newari style – brick and timber; the roads and alleyways narrow.   Old people sat together chatting and soaking up the weak afternoon sun in the timber platform shelters created as meeting places.

Less than 12 months later, Harisiddhi is almost unrecognisable to us after the earthquake.   Our visit there was sobering, to say the least.   Whole streets have vanished.  That means hundreds of people are now without houses – and are living in temporary corrugated iron or tent shelters.   These are cold, uncomfortable places, without sanitation.

We met many people whose houses had been destroyed – there is a resilience in the Nepali people – they are stoic; but regardless of that, this a very traumatic event for them and nine months later it is still, of course, very very raw.

A family who lost their house sits outside their temporary home. 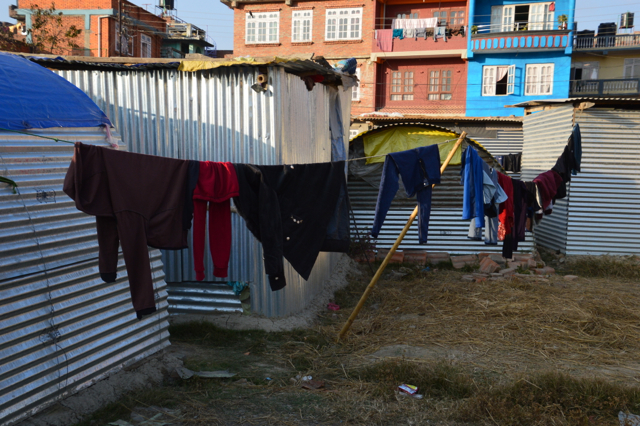 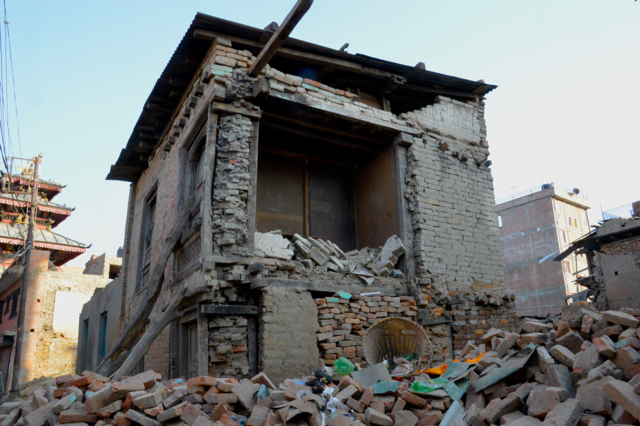 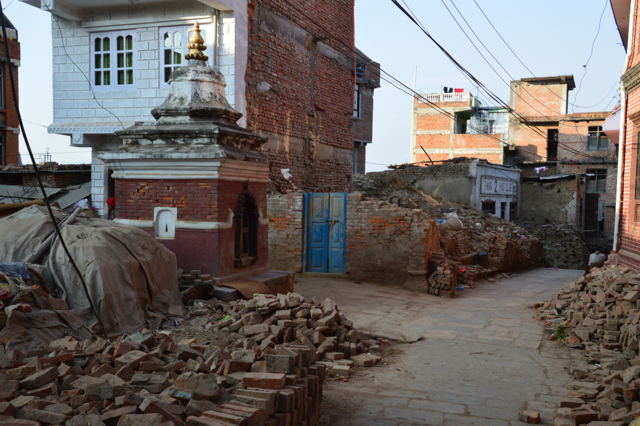 This woman who has lost her house in Harisiddhi now lives in a tin hut with tent. We met her and others in the family (including the woman below) sitting on the side of the road opposite their devastated dwelling. 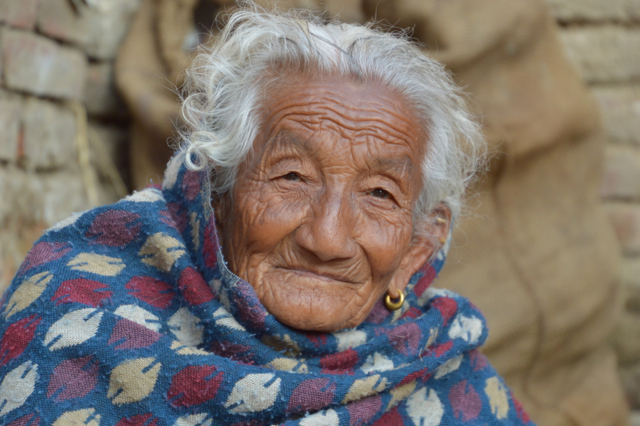 Woman who has lost her house in Harisiddhi now lives in a tin hut with tent.

The remains of the women’s house with their temporary shelter.

One thought on “Earthquake : Harisiddhi, Nepal”