One the many things I love about travel is the encounters with people – even when they are momentary.   I enjoy glimpsing into lives that are so different from my own and the connections we make along the way.  As we stroll around markets, streets and villages we are often invited inside homes and shops, to see new babies, share a meal or a cup of tea, photograph a family, or a prized animal.  I feel the generosity of those invitations, the welcome and open-heartedness towards strangers – and wonder, mostly ruefully, whether we as travellers, show that generosity to strangers in our own country.

I carry my camera quite obviously when I travel – I have found the camera helps open up a little space to connect and I love it when people come up to me as ask to have their photo taken.    Here are a few images I took whilst in Ahmedabad, the main city of Gujarat, a western state of India.

When you look beyond the faces, you can see something of the life – the toil, joy, and how life is lived at times rather publicly in India – such as in the image of the woman having a nap on the street.   A group of boys asked me to photograph them as we were looking around an ancient moment in the dying light – then they shouted to us not to delete the photo!  Other images here are from a village in the middle of Ahmedabad – an oddity in the midst of a modern city – where many of the street workers were creating religious statues; markets in the old City, and a woman lining up for a community meal in an ancient temple. 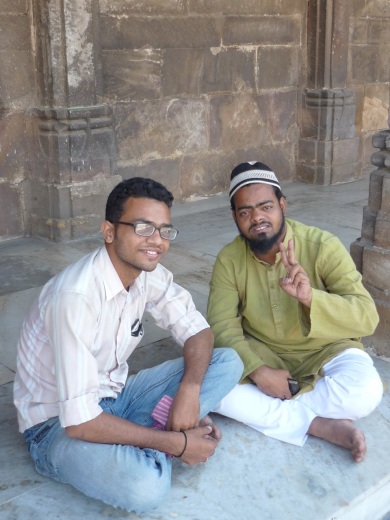 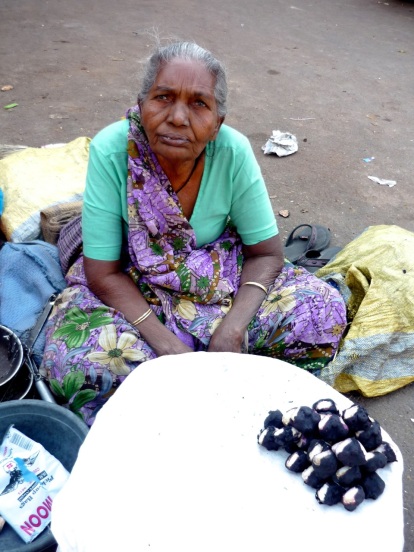 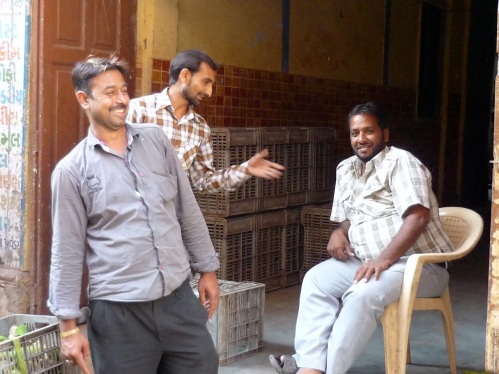 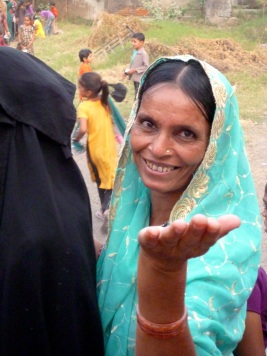