In 1995 Australia remembered the end of the Second World War.   There was much attention given to restoring old War Memorials and creating new ones in areas that did not have a formal space to commemorate those who fought in the various wars.

I was invited by the City of Dandenong (as it was at the time) and the Noble Park RSL to be involved in the creation of a memorial garden, which included a Cenotaph, community tiles, and tiles created by me.  At that time  around 140 different nationalities were represented in the municipality – many of those people had arrived in Australia as refugees fleeing war, or who had decided to resettle here after living through war and conflict.   Therefore, this memorial had the task of representing this broader experience of war.

This was one of my first community art projects – and was a wonderful one.  I thoroughly enjoyed meeting up with various cultural groups and making tiles together and also learned a lot about the impact of war and trauma, which are  concerns  I continue to have.  The park was opened, on my birthday as it happened, in 1995 by the Governor of Victoria.

Before the works began 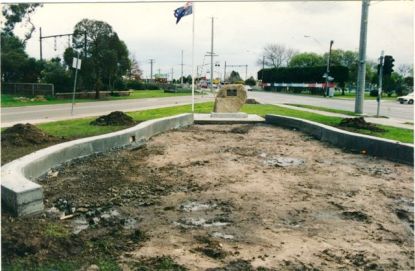 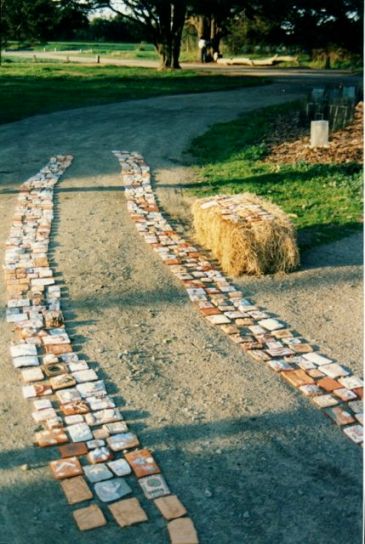 laying out the community tiles for installation 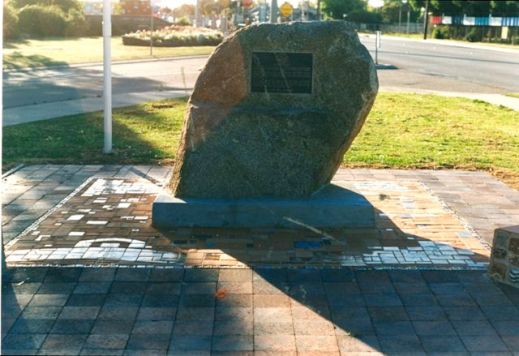 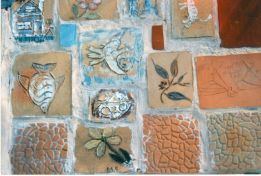 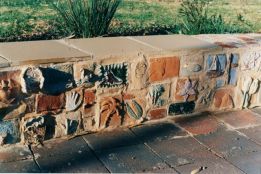 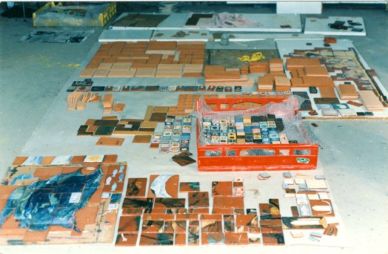 Tiles laid out in the studio 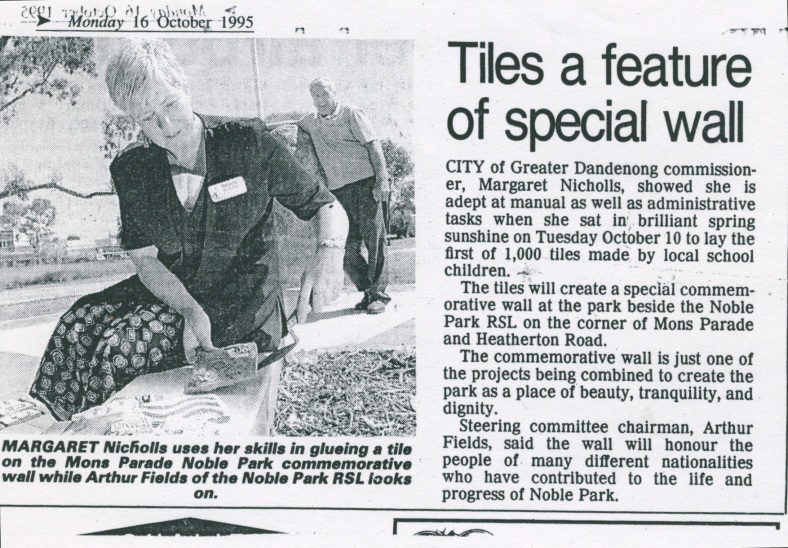